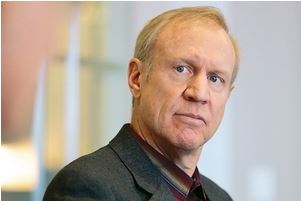 At a recent Illinois House Appropriations Committee meeting, state Rep. Greg Harris said, “We cannot balance the budget on the backs of the most vulnerable.” Although I suspect Harris was speaking about issues of fairness and morality, his statement also points to an economic truth.

Gov. Bruce Rauner’s budget not only is harmful to our most vulnerable citizens; it reflects a fiscally reckless approach that will prove costly to the state. Poverty and homelessness don’t disappear when a budget line item is removed. The costs are pushed down the line to more expensive, less effective strategies.

In addition, the budget disqualifies Illinois from securing federal money for proven programs to alleviate poverty and may even tarnish the business climate the governor claims he is trying to improve.

The governor’s budget eliminates low-cost, front-line social service strategies in favor of high-cost strategies of last resort. Unable to access medication and counseling, people with mental illness or addiction may return to a life of homelessness. Some will turn to expensive emergency rooms to receive care for illnesses or conditions that could have been remedied earlier and more affordably by social service providers. Others will end up in jail for crimes that could have been avoided had there been an earlier intervention. Almost all will end up in a cycle of poverty they never will escape.

Supportive housing, combining shelter with social services, is the single most effective strategy to help Illinois’ most vulnerable people get their lives back on track. It is also the most affordable. It costs Illinois about $11 a day to provide supportive housing to one person. Compare that with the $105 per day to house someone in prison, $170 per day in a nursing home setting and $350 per day at a mental institution.

When the governor cuts state funding, he also eliminates opportunities to secure significant federal funding. For instance, by increasing funding for supportive housing by $3.6 million next year, the state will receive an additional $28 million from the federal government. Without that, none of those federal funds become available.

Finally, a strong social safety net is critical to attracting businesses. As we have seen with our neighbors to the east, social issues matter in today’s modern business climate. Companies with good, high-paying jobs want communities that are inclusive and safe.

How attractive is a state that doesn’t lend a hand to its most needy residents, that offers them no help in their struggle with mental illness or addiction and no hope to become productive, contributing members of society? Not very attractive at all.

Funding for human services has been virtually flat since 2008. According to the Civic Federation, spending not related to pensions increased by less than one-half of 1 percent between 2008 and 2014. And yet, during that time, the need for services has increased dramatically.

Supportive housing is the most effective and affordable strategy to help Illinois’ poorest families escape the increasingly difficult cycle of poverty. On behalf of the 13,000 people who depend on supportive housing in this state, I urge the governor to reconsider his current budget and instead make social service investments a priority for his administration.